In this exclusive interview between Serie A and Musa Barrow, the attacker speaks about his career and previews Bologna vs Sassuolo, taking place on 15 May 2022.

23-year-old Barrow currently plays for Serie A side Bologna. So far this season, the Gambian has made 32 appearances in the top flight of Italian football (2011 minutes played), scoring five goals and providing seven assists for the Rossoblu.

Since joining Bologna on loan from Atalanta in 2020, Barrow has proven himself to be one of Siniša Mihajlović’s rising stars, playing across multiple positions (including the likes of a left-winger, right winger, attacking midfielder, second striker, and striker) and continuing to score from all over the pitch. As a result, he was acquired outright for a fee of $15.95m in the Summer of 2021.

Unfortunately, the Gambian has not been able to score since December 2021; the longest drought of his career thus far. When the Rossoblu host the Neroverdi, he will be desperate to rediscover his scoring touch, as a goal in the Emilian derby would help close the season on a high.

Bologna vs Sassuolo takes place at the Stadio Renato Dall’Ara on 15 May 2022 at 6:25 AM EST. To watch the full interview conducted by Serie A with Barrow, check out the video below that features an English voice-over in addition to English subtitles! 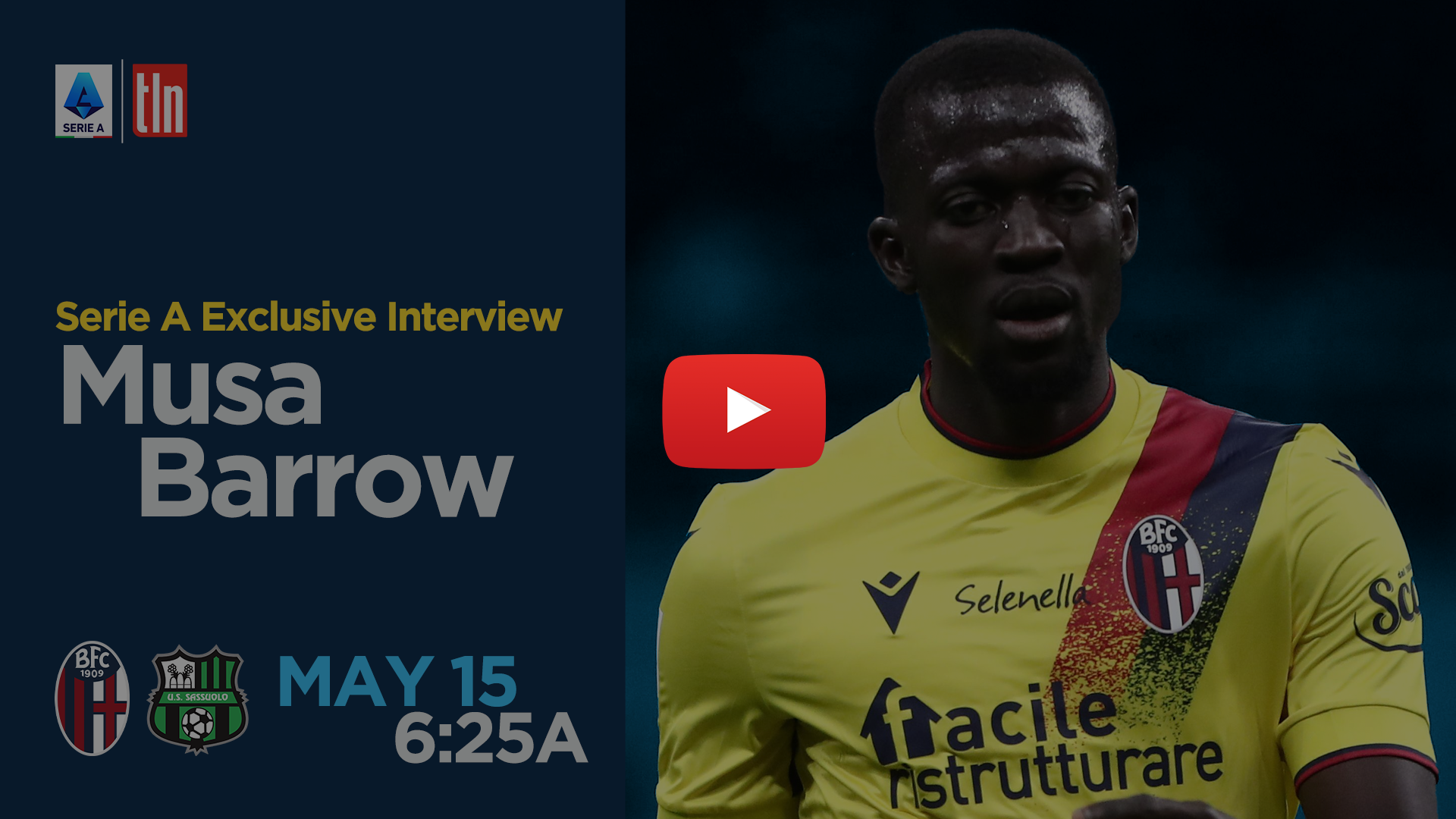