In this exclusive interview between Serie A and Marco Di Vaio, the former striker speaks about his career and previews Venezia vs Bologna, taking place on 08 May 2022.

He made 148 senior appearances for the Rossoblu from 2008/09 to 2011/12, scoring 66 goals and providing 17 assists. During his career, the striker also played for Valencia CF, AS Monaco, and Montreal Impact.

Di Vaio ended his net-busting exploits in 2014. When Joey Saputo – who was the owner of Montreal – bought Bologna, the Italian returned to the Rossoblu; however, this time as a member of management. As a Scout Manager, his team has been in charge of discovering rising stars such as Aaron Hickey and Arthur Theate.

In total, Di Vaio made 342 appearances in Serie A and also collected 14 caps with the Italy national team.

Venezia vs Bologna takes place at the Stadio Pier Luigi Penzo on 08 May 2022 at 8:55 AM EST. To watch the full interview conducted by Serie A with Di Vaio, check out the video below that features an English voice-over in addition to English subtitles! 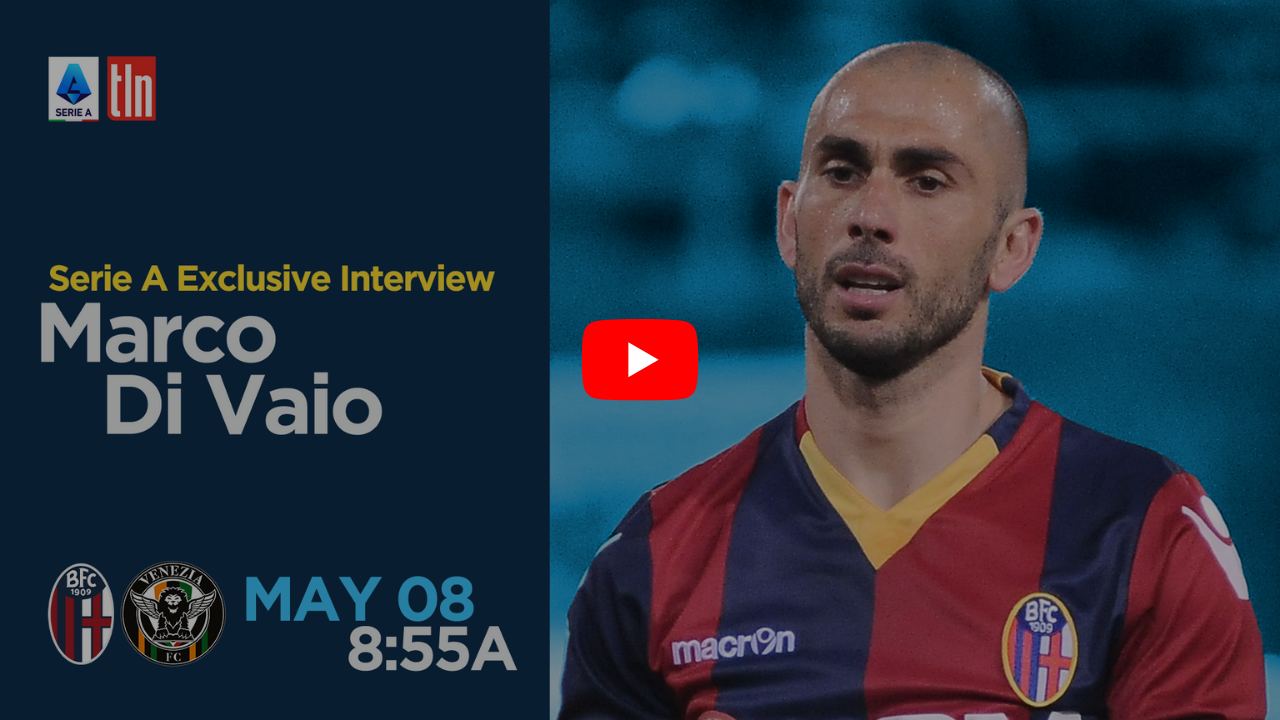